An important development that could lead to a perceptible change in the course of revolutionary movement in India went literally unnoticed as the ultra-secret CPI (Maoist) party managed to keep the leadership change under wraps for over 20 months.

Maoist party spokesman Abhay announced that Muppala Laxmana Rao aka Ganapathy had stepped down as the general secretary of CPI (Maoist) and that Namballa Kesava Rao known as Baswaraj was elected to head the revolutionary party on November 10. This confirmation came exactly five days after Telangana Today broke the news on November 5. Abhay had issued a two-page press release in different languages confirming that Baswaraj had replaced Ganapathy.

The CPI (Maoist), which continues to wage a protracted armed struggle to achieve New Democratic Revolution (NDR) in India, maintains utmost secrecy, apparently to hoodwink the tech-assisted spy agencies and the well-equipped security forces and save its leadership. The sudden revelation took the agencies by surprise as Abhay carefully cloaked this nugget of information in the praise showered on Ganapathy for his excellent leadership qualities that enabled the revolutionary party to survive the most difficult times as security forces waged a literal war against the underground cadre in well-coordinated military actions while reclaiming control over large swathes of hinterlands from the Maoist stranglehold.

The press release maintained that “in the period of 25 years from 1992 to 2017, Ganapathy performed his responsibilities as the General Secretary…(sic)”  threw light on how the senior most naxalite leader was replaced.  The press note also mentions that the fifth meeting of the Central Committee discussed the proposal of Ganapathy to step down and after accepting the proposal had decided to elect Baswaraj to the post of general secretary.

It was in this line, the Maoist party discloses the leadership change happening in February 2017, as agencies have learnt through several Maoist documents that the fifth Central Committee meeting was held in February of 2017. Interestingly, various documents seized by security agencies across the country spoke of the status of the revolutionary movement in India but did not mention Ganapathy being replaced. There was, however, a detailed discussion recorded on using the services of ‘veteran comrades’. A 30-page document on the decisions taken at the February meeting recalled that an earlier CC meeting held in 2013 felt that the committee must take a stand on the ageing leadership.

Incidentally, the CC meeting was held only after a gap of four years and in 2017, it decided to “call upon the veterans” to voluntarily come forth relinquishing the responsibilities so that younger leaders could take over the reins of the party. The expertise of veterans, the CC decided, should be used in different ways and that the party must take care of those leaders too.

It was in this spirit, Ganapathy seems to have offered to step down from the post of general secretary and his colleagues opted to make Namballa Keshava Rao alias Baswaraj as the new general secretary. Keshava Rao hails from Jiyannapet village of Srikakulam district and was a student of Regional Engineering College (REC) in Warangal (now christened as NIT-Warangal). Known to be extremely tech-savvy and equally strong in his ideological commitment and military craft, Keshava Rao was heading the Central Military Commission (CMC) of the CPI (Maoist), while also continuing as member of the Central Committee and the politbureau.

So how does the leadership change impact the revolutionary movement in India? This is the question that has been engaging the attention of the analysts among the security forces. Knowing the propensity of the new Chief of Maoist and his capabilities military-wise, it is anticipated that the Maoist cadres would intensify military attacks in their strongholds. Currently, the naxalite movement in the country is in its worst phase with security forces gaining an upper hand and reclaiming areas in hinterlands from the Maoist control. The revolutionary party has also admitted that it had not succeeded in spreading the revolutionary fervour and activity to newer areas, more so in urban areas while its strongholds have been shrinking.

Different sections of society such as students, workers, adivasis and the underprivileged sections who extended complete support have been distancing themselves from the naxalite movement, which is now confined to pockets in Dandakaranya forests falling in southern Chhattisgarh, parts of Maharashtra, Odisha, Jharkhand, Bihar, West Bengal, Madhya Pradesh, Andhra Pradesh and some other border areas of Tamil Nadu, Karnataka and Kerala.

Most of the Maoist ideologues have always firmly believed in the theory that it is necessary for the revolutionaries to launch an intensified Tactical Counter Offensive Campaign (TCOC) when the state repression is very high. Intensified TCOC in Maoist parlance would mean accelerated violence in different forms to blunt the initiative of the security forces through ambushes and attacks and targeted killings of political leaders to neutralise the political initiative to take on the Maoist movement.  Only such intensified TCOC would provide space for the revolutionary movement to grow is the general argument of the ideologues.

They take the example of Alipiri attack on Chandrababu Naidu, then Chief Minister of Andhra Pradesh, in 2003. The claymore mine attack on Naidu — when repression was extremely severe — had changed the political course in Andhra Pradesh. Naidu had called for polls immediately after the attack hoping that he would ride on a sympathy wave but the Congress led by YS Rajasekhara Reddy romped home to power after promising to hold negotiations with the Maoist party. The lull in the anti-extremist operations because of the changed political scenario and the assertions that there should be talks with the Maoists was used effectively by the beleaguered revolutionary party to reorganise itself and perhaps reorient itself too.

In this interregnum, the top leadership of  CPI-ML (People’s War) mooted the idea of merging with  the Maoist Communist Centre of India (MCCI) and the biggest unification of revolutionary forces in India took place in 2004 when both the parties merged to form the current CPI (Maoist). The net result was that the Maoist rebels established their presence very effectively in different States and scaled up their activities so much that former Prime Minister Manmohan Singh had to describe the Maoist activity as the biggest challenge to the internal security of India.

And now, Baswaraj, security analysts say, is a strong votary of this theory of launching an intensified TCOC to blunt the counter-insurgency initiatives. Going by his background and his proven record of leading the military commission and thereby leading the People’s Liberation Guerrilla Army (PLGA), the possibility of India witnessing more violence cannot be ruled out. The killing of Kidari Sarveswara Rao, a tribal legislator in Andhra Pradesh and a former legislator, recently in Araku and the sudden spike in ambushes against the security forces in Chhattisgarh could point to this direction. Another interesting angle to the leadership change issue is why didn’t the CPI (Maoist) announce it immediately. Another Maoist leader from the Telangana State Committee maintained recently that his party would announce the changes only to some level as it would not like to expose its leaders to dangers from the security forces.

It is not yet clear as to what strategies and tactics would Baswaraj employ to rejuvenate the rank and file of the rebel party. Would he lay more emphasis on military actions without taking a critical look at the same old strategies and tactics in the changing scenario at political, social and economic levels in India? We have to wait and watch. 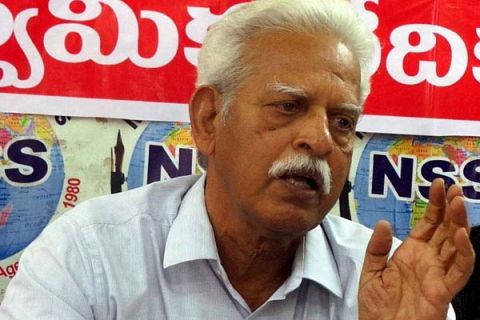 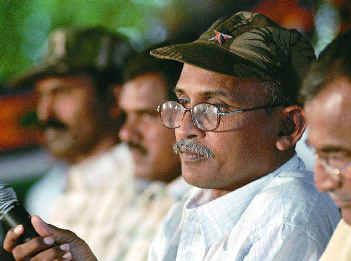 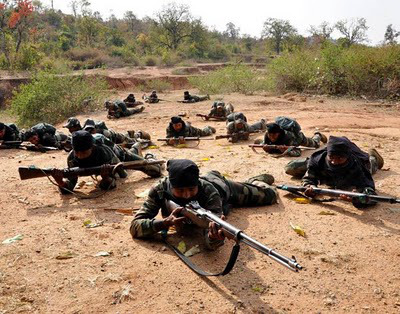 For a new wave of international and internationalist support to the people’s war in india – italy 17 september – talk-meeting of ICSPWI info csgpindia@gmail.com 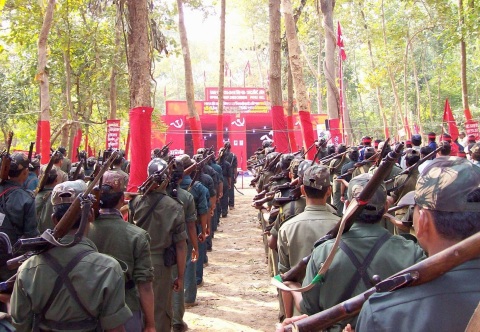 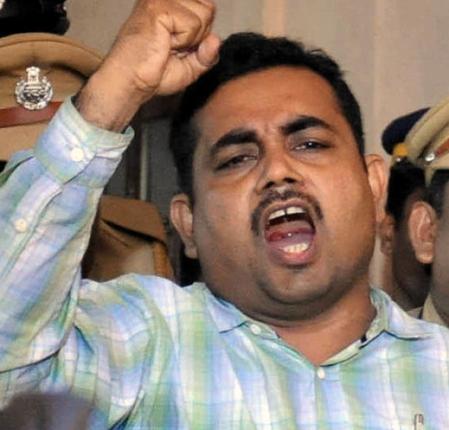 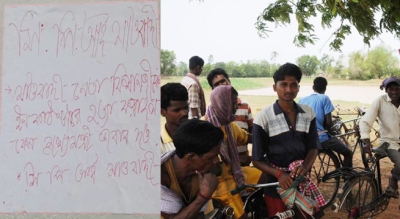 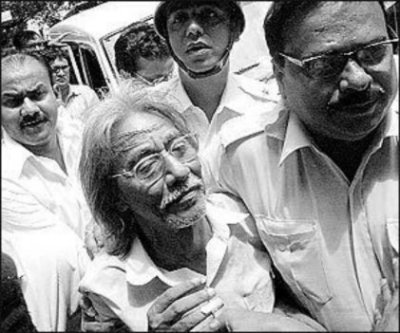 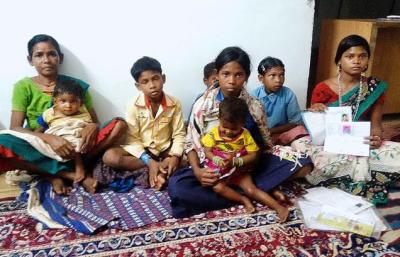